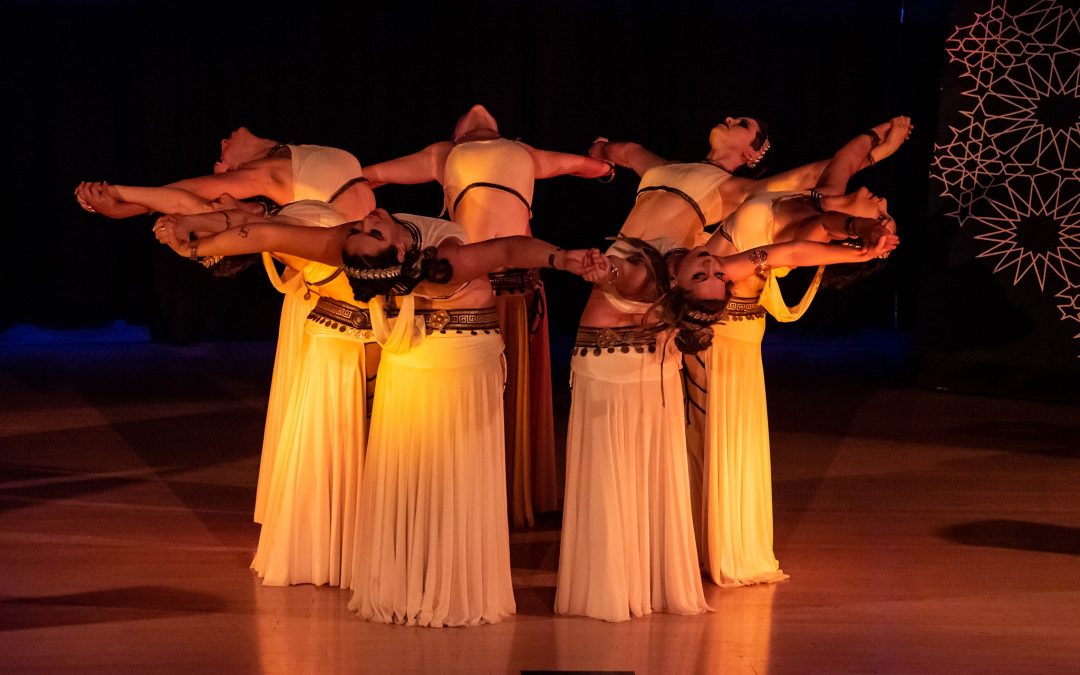 Fusion is the word Allegro uses to describe the style of dance they perform. More specifically, the fusion of experimental, traditional, and contemporary Bellydance. But in speaking with Bevin and Blake – two of the core company members – I started to feel that fusion is also the best word to describe the essence of the company and what they’re about.

Fusion: a merging of diverse, distinct, or separate elements into a unified whole.

Blake starts a sentence, Bevin finishes it: fusion. Each dancer comes with their own training influences ballet, tumbling, contortion, theatrics, vocals: fusion. Artistic leadership fluctuates per piece, project, or production, yet regardless of who is in the lead, their work always unifies to have a distinct Allegro style: fusion. Even the usually painful task of scheduling rehearsals seems to have a natural fusion to it.

The company has gone through a lot of phases, mostly centered around large-scale theatrical productions. This year they are taking a year off from those to focus on the creation of a dance film. The primary reason for moving on to this new phase: “Burnout,” they say in unison. “Finding the spaces to perform, funding the spaces, writing a new production on the heels of a big fundraiser that inevitably includes multiple performances.” Bevin explains, “It’s a lot.”

The idea of a dance film is appealing in many other ways too. “We rarely recycle work, so when people see an Allegro performance, it’s likely the first and only time anyone will see that choreography.” Film is a way to dig deeper into pieces while also allowing them to live on and reach further audiences.

In classic Allegro form, they dove into their recent dance film collaboration with full recognition that the artistic creation would be a fusion. Blake emphasizes, “As the producer for this, I know this can not possibly be just my work, I have to be interested in the work of the videographer too. I know our Artistic Director, Heather, also felt that way. Luckily we found someone who is not only an amazing videographer but a dancer as well.” Bevin, who is also an actor and has done plenty of work on film, adds “there’s a level of trust their vision is going to fulfill your needs. The way they look through the lens is going to steward your idea for the end product. So much of that has to do with style, and it’s so hard to know what works until you do it.”

The conversation of what to do with the film once they have it is still in the works. “Because of our company’s workload over the past few years, we haven’t made an official release plan for the film yet.” Bevin says, “And it’s a new conversation for Allegro as a company to have. But it’s an exciting potential that we are eager to explore!.”